What is the minimum?

$100,000. That’s the minimum that I’ve set for someone that I have an existing relationship with that’s an accredited investor.  If for whatever reason, someone has a special exception where they maybe need to start out a little bit lower than that but they have the capacity to do other investments shortly thereafter, and I know you, like I would have that conversation.

What are the typical returns?

I wish I could say I can guarantee X number of percentage points. What I can say is that generally speaking, it’s a double-digit return. In fact, I set most of my investors’ expectations that it will be somewhere between 12 and 18% for the overall return on the deal. And that’s gonna take things into account like cash flow from our operations, loan paydown over time, rents increasing over the years, and then tax advantages or tax savings. And so when you add all those together and we do some things like sell a property for a significant profit or refinance to pull some of our cash proceeds out, it’s pretty realistic to achieve those double-digit returns. In fact, I’d say those are pretty conservative. On our last couple of projects, we’ve actually far exceeded that in some cases. It’s not a guarantee and all investments have risk, I don’t care what asset class you’re in, so you should question anyone who tells you otherwise. But generally speaking, I feel very confident that we can deliver those returns, and I usually won’t move forward on a project unless I see a very clean and clear path to be able to get my friends and family those types of returns.

Do I have to be accredited?

Yes. What that means is that an individual is earning over 200 grand a year or they have a net worth of at least $1 million, not including their primary residence. We can link to investor.gov where they define that a little bit more thoroughly. And the cleanest way for me to partner with people is they’re accredited investors that I have an existing relationship with. That being said, technically, there are a few exemptions from that. If someone is a sophisticated investor and I have less than 35 people, there’s potential for someone to invest in those deals. And that’s pretty typical for my projects. So if I have an existing relationship with someone and I don’t have a monster syndication with 40 partners, there’s still an opportunity. So what I would do is, if you have a question about that or you’re not sure if you’re accredited or not, go ahead and reach out, schedule a few minutes to jump on and just explore, ’cause everyone’s situation is unique. But I gotta be very careful that I’m only really sharing these opportunities with accredited investors that I have existing relationships with.

Is it smart to invest in retail?

It depends largely on the types of tenants that you have and the location that you have. So one of the things that I really focus on now isn’t buying giant indoor shopping malls that were really relevant in the ’80s, but instead focusing on daily needs centers, think strip centers or your neighborhood center or oftentimes, your grocery-anchored centers. So you’re going in there to get your groceries and you might have a nail salon next-door, and there might be a dog groomer next-door, some of the things that you can’t order and get delivered to your door, your barbershops, your hair salons. So a lotta times, service-centric. We just did a deal with a preschool or a daycare. I don’t think Amazon is in that business just yet. So those are the types of durable tenants that you’re looking for and the folks that I want to see in our shopping centers going forward. And when we have those types of tenants and a good location with good visibility, if it’s easy for cars to come in and out of, it’s relatively straightforward to keep a building leased up and have those tenants being successful. We’re also doing some things with improving signage, with repaving parking lots, making sure that our building is representing the quality and caliber of the tenants who locate in that shopping center. Another common question that comes up is,

What is the exit strategy?

In every deal I’ve bought, there is a value-add component, a big one. In fact, the bigger the problem that we’re solving, generally speaking, the bigger the payday. What that means it that we’re gonna be able to, let’s take the last four shopping centers for example. We bought ’em with more than 50% upside potential. What does that mean? If we spent two million on it, the building would be worth well over three million. If I spent four million on it, it should be worth more than six million when we’re all done. That creates a lot of forgiveness or cushion in a deal where even if it doesn’t go perfect and instead of making a projected $1 million, you only make half a million, we’re still okay, right? We’re comfortably getting all of our principal back, there’s still proceeds and profit that we can distribute out to the ownership group, and there should be the ability to refinance and pull most, if not all, of our cash out of a deal. For folks interested in real estate, you may be familiar with the BRRR concept where someone’s doing buy, renovate, rent, refinance. It’s kinda that same principle, just with an extra comma and more zeroes behind it. So you take a shopping center that’s 33% occupied, renovate it, lease it up, and then when we hit 80, 90% occupancy, the building’s doubled in value. And so we can go to a bank, go to an appraiser and say, “Hey, the building’s now worth three million.” Piece of cake, they’re gonna do a $2 million loan. Now we can return all that capital that we put in as a down payment for it and move that into the next project.

What is the timeframe?

I want to work as quickly as we possibly can because then we get the best cash-on-cash returns. I would say generally speaking, lease-up for a retail box, when we’re looking good, six months to nine months is probably an average. We’re doing some things now, and we should link to another video here but, there’s a checklist that we go through where there’s 25 things that we do anytime we buy a building that really give us a higher probability of success leasing up some of these spaces and potentially compressing nine months down into nine weeks. And so we can go through some of those specifics in more detail. That stabilization or lease-up period might take six months, it might take nine months, it might take 12 months.
I’ll give you a specific example. Our last project in Goodyear, Arizona, we took from 50% vacant to 100% occupied, bought, sold, closed, and exited the deal in 14 months. Doesn’t mean the next deal’s gonna happen in 14 months, but it could be that fast to get all of your capital returned and your share of the profit potential. The deal before that was about 18 months. So it could be a little bit longer, could be a little bit faster. Generally, what I’m gonna do is set people’s expectations that we’re gonna be in a deal for three to five years. And at that point, there’ll either be that refinance or that sale, but plan on not touching that principal for that three- to five-year timeframe. Hopefully, I can do it much faster than that and impress all of my investor partners.

What if I need my money back?

There is a scenario where we can work with someone on that. Generally, I am liquid enough that I could cash out any given partner or two on a property myself. There’s also a wait list of folks looking to get into our next deal or two. So we could turn to that investor and say, “Hey, do you wanna buy out Aaron’s position in this deal?” That person could then step in, buy out their shares effectively, and someone could exit. Probably not for the same payday that they would have for staying in the project for the whole time period, but at least it gives you some options where some of the bigger institutional players that I know might have a absolute seven-year lockout period where you just can’t touch your money regardless. I try and work with people as best I can if they have a unique circumstance.

Want to invest in commercial real estate together? 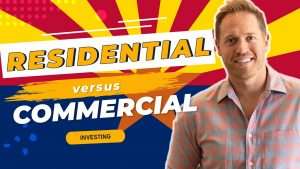 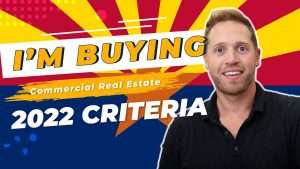 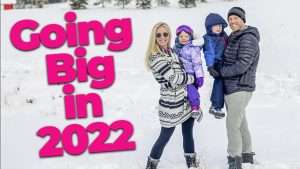 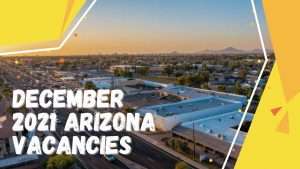 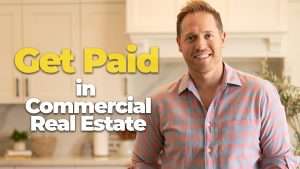 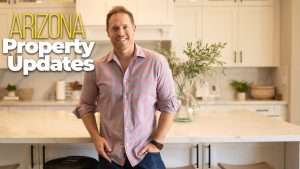